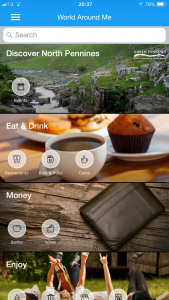 World Around Me (WAM)

The augmented reality tourism app World Around Me (WAM) has enhanced the experience for tourists visiting rural areas. It has been developed with video and audio content from North Pennines AONB which can be streamed over the 5G network to provide users with information on heritage sites. This includes visual and oral histories, details of local events, and guides to local businesses.

One user commented “The different heritage locations that you can see through the camera on WAM while on site at Nenthead means I’ll be able to spend longer in the region than initially intended, following the trail of locations which have audio and video content in WAM.”

You can find out more about the trial at the World Around Me website and watch a demo video.

In addition, North Pennines AONB have produced three further AR/VR tourism apps which tell the story of Alston and its surrounding areas, as well as local historical figures. 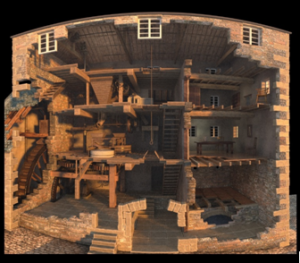 A virtual reality experience of High Mill in the centre of Alston town shows the visitor how the mill has changed over the centuries and gives virtual access to a building that they would ordinarily be unable to enter. The app is currently available at http://www.highmillvr.com 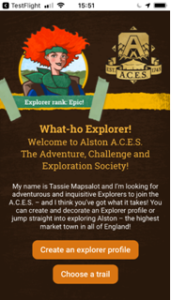 The Alston Explorer app has been developed with pupils from Samuel Kings School in Alston, with the support of a digital mentor.

The app provides two trails, one around Alston town, allowing visitors to follow and discover Alston’s hidden stories with audio descriptions and challenges.

All apps will be available from June 2019